This home sat on the market as a for sale by owner for almost a year. When it first came on the market, I was too busy that I couldn’t take a project like this on. It needed everything! Lots of people looked at it and would pay me for my advice as to how to turn it around, but no one pulled the trigger because they didn’t see what I saw or believe what I believed.

After watching it sit there for almost a year I decided I would take it on. Not just for the challenge of it, but for the love of the old. For the love of what was lost, and then found again! Could I get it to the standards of the Historic Wilmington Foundation and within time for the home tour?

This home would never been a candidate in its current condition for the #1 Home Tour in Wilmington, but in time it would! 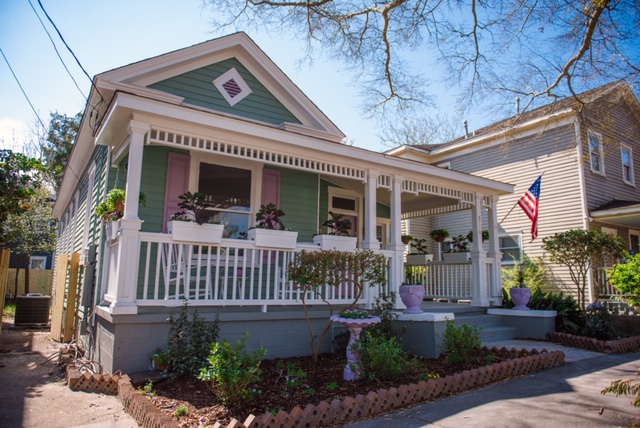 After lots of blood, sweat and tears, it was ready to showcase it. Would it be Tour worthy now?

With lots of deliberation by the higher ups experienced with this process it made the cut from the hundreds of others. 2017 was its year to shine on the tour and oh how it did! With the home taken to the stud, all new systems, as many original features as we could restore, and making it 2017 acceptable, it turned out remarkable.

Thank you HWF for allowing this once neglected gem a chance to shine again! Not only did it give all of the people that could not see its potential, it was a major hit on the tour.