The front door to your home is the first impression you make on those who visit your home.

A front door not only presents an image as the entrance to your home, it also helps provide security. These gateways into a home can tell stories, or present an ambiance that gives the rest of the house character.

It is through the front doors of some famous structures, centuries of worldly figures have passed.

Doors invariably have been erected to mark the significance of a structure. Front doors are so important; we’re going to tell you about three famous doors from around the world.

Some doors are so finely crafted they are essentially works of art. The Columbus Doors are spectacularly crafted memories from the life of Christopher Columbus. This is a double door design that is the entrance to the east side of the United States Capitol in Washington, DC.

The doors were made in Germany by famous bronze sculptor Randolph Rogers. While they were completed in 1855, they could not be installed until nearly a decade later due to the ongoing US Civil War.

Each panel on the door is a finely-crafted depiction of an event in Columbus’s life. They include a representation of his landing in the New World, his first encounter with Native Americans, and a 1506 depiction of Columbus on his deathbed.

The Columbus Doors measure over 16-feet tall and nearly 10-feet wide. Originally this pair of 20,000-pound brass artworks was at an outside entrance. When the US Capitol’s entrance was renovated in the late 1950s, the doors became the interior entrance from the main lobby to the famous Rotunda.

The Front Entrance to the Palmer House Hotel in Chicago

There are doors that mark periods in history. One such set of doors are those at the entrance to the famed Palmer House Hotel in Chicago, Illinois. Much of their mystic surrounds the original pair of doors that no longer exists.

The first Palmer House Hotel was finished and opened to guests in late September 1871. Thirteen proved to be an unlucky number. After being open for a mere 13 days, Potter Palmer’s wedding gift to his wife was consumed by the Chicago fire of that same year.

The second edition of the Palmer House Hotel was built with the devastating fire in mind. While the structure itself was rebuilt almost exclusively using iron and brick, the splendid doors from the original hotel were replicated.

The Monroe Street entrance has two massive bronze doors adorned with peacocks. The double doors are over 12-feet tall and were the craftsmanship of Louis Comfort Tiffany. These two famous doors have welcomed guests to the Palmer House Hotel since its reconstruction in 1873.

The Doors into Westminster Abbey

The final famous door on our list is the oldest surviving door from the Anglo-Saxon period in England. Two massive oak doors welcome visitors and worshippers to the famed chapel. Westminster Abbey was once called the Collegiate Church of St. Peter. It is one of the most visited churches in the world.

Testing of various structures within the church was conducted in 2005. During these date tests, it was determined the pair of oak doors were erected early in the 11th century.

Since 1066, every English Monarch has passed through these doors in preparation for their coronation as rulers of England.

Westminster Abbey’s threshold has also carried over 3,000 English royalty who are buried within the chapel. It was more than ironic when Edward the Confessor, the King who had Westminster Abbey built, was its first funeral.

Later that same year, the first coronation of an English royal passed through the main doors. While there are entrances on each side of the cathedral, the massive oak doors have been the prime gateway where centuries of royalty and worldly dignitaries have passed.

These are three of the most famous doors in the world. Each door tells a story about what visitors see as they pass through. While your front door may not generate as much worldly attention as these, it is the entrance to your home.

You can select a a custom front door that not only accents your home, but says something about who you are. You may not live in a gothic structure of world-renowned, but it is your own palace. Your front door is also your first chance to make a lasting impression on everyone who crosses its threshold. 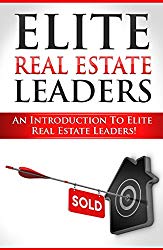